It’s time to trim the house for Christmas. Reggie and Bartie ‘help’ Laurie put a tree up! 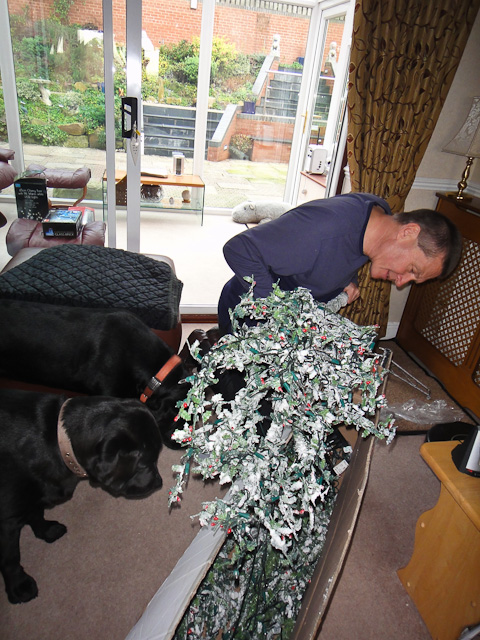 Cousin Blanche and Paddy come to visit. We take the pups for a walk in Whitwell Woods to work off the ‘pigs Ear’ treats Blanche bought the boys! 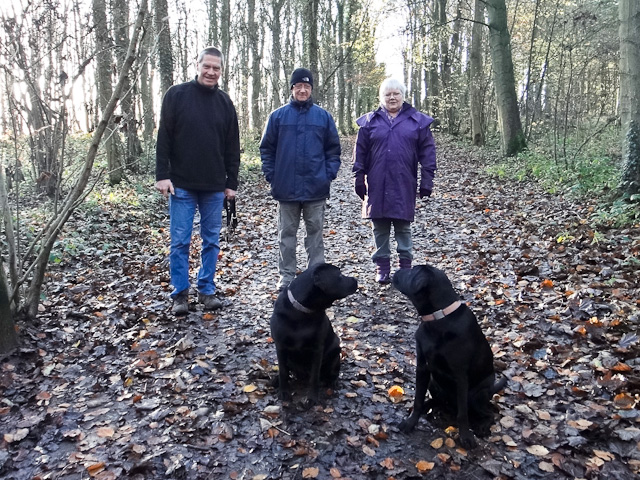 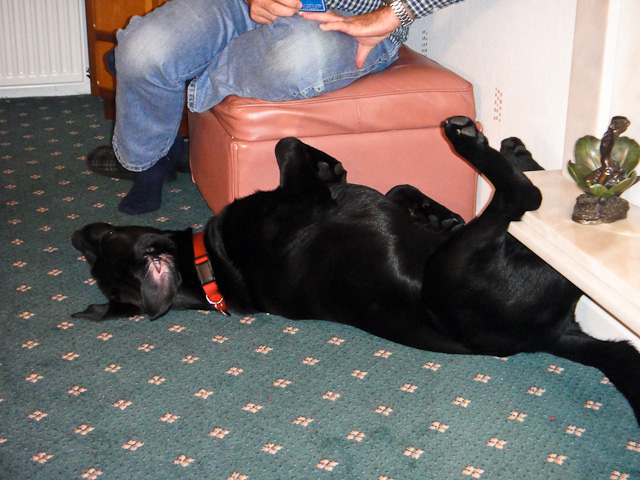 The pups dream of a great day playing 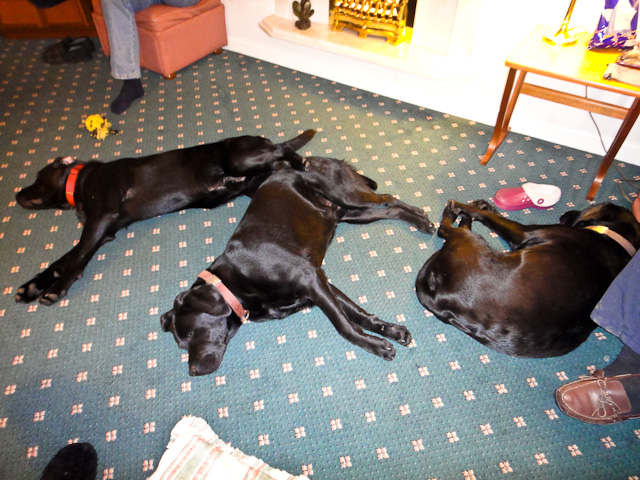 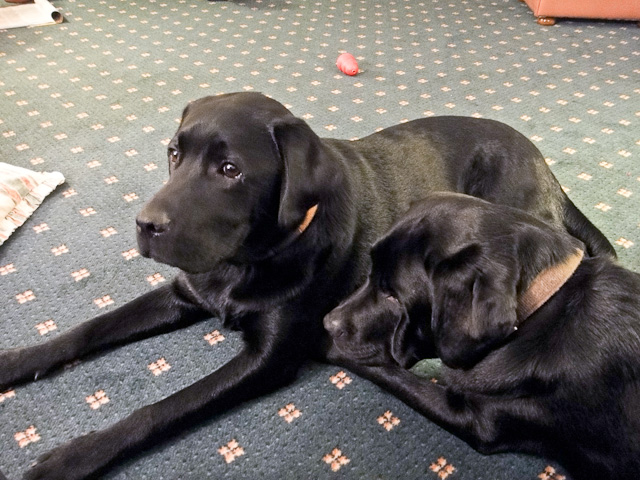 Bartie Reggie & Dexter…did some one mention a sticky chew?

The pups all love playing in water 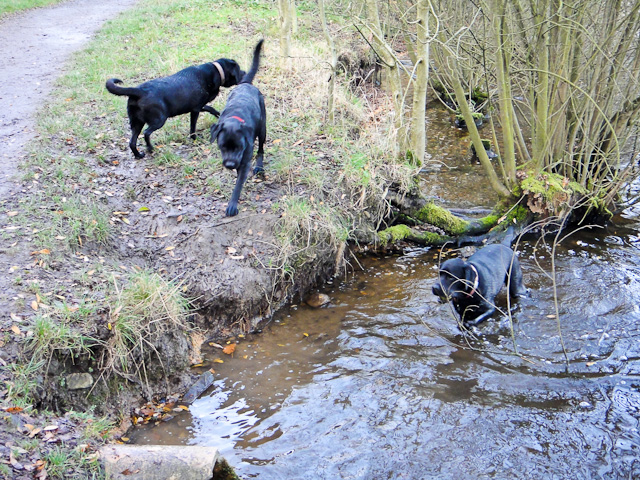 It’s a beautiful day and we go for a walk at Jumbles Reservoir. 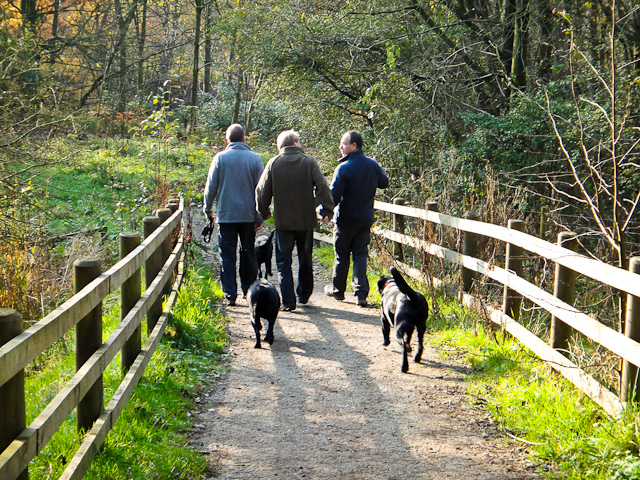 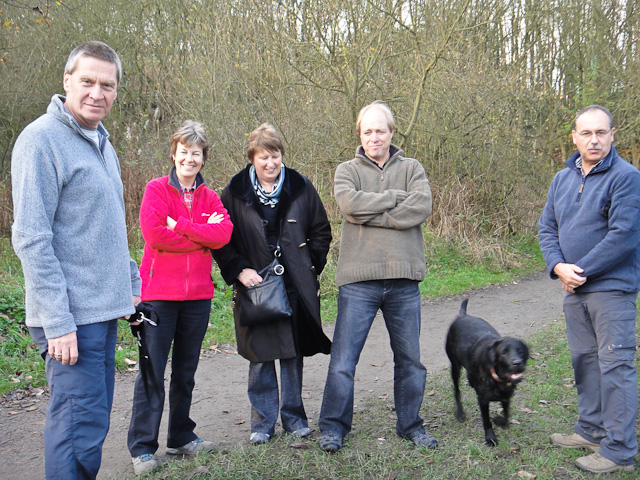 Our first weekend in 18 years without both Ben and Adam.

Reggie, Dexter and Bartie make the most of their time together 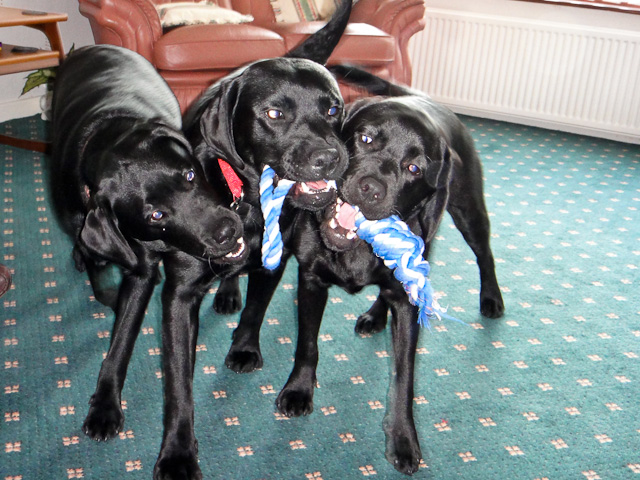 Laurie decides to join in 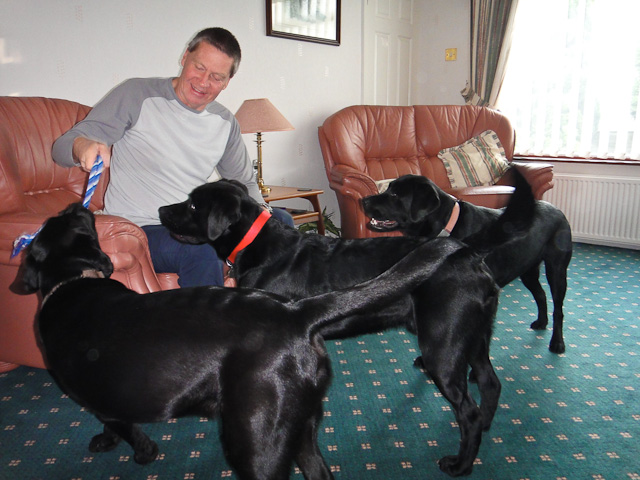 Remembrance Day (also known as Poppy Day and Armistice Day) is a memorial day observed in Commonwealthcountries since the end of World War I to remember the members of their armed forces who have died in the line of duty.  Remembrance Day is observed on 11 November to recall the official end of World War I on that date in 1918; hostilities formally ended “at the 11th hour of the 11th day of the 11th month” of 1918 with the German signing of the Armistice (“at the 11th hour” refers to the passing of the 11th hour, or 11:00 a.m.)

The red remembrance poppy has become a familiar emblem of Remembrance Day due to the poem “In Flanders Fields“. These poppies bloomed across some of the worst battlefields of Flanders in World War I, their brilliant red colour an appropriate symbol for the blood spilled in the war. 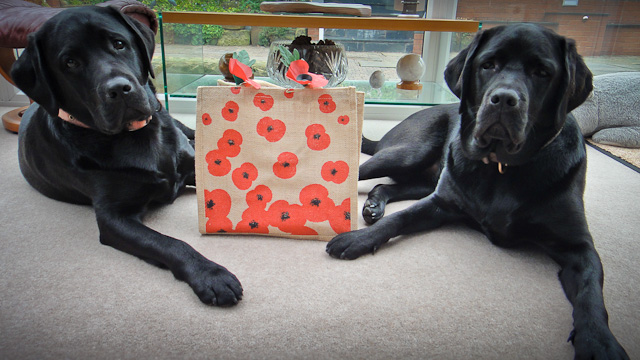 In Flanders fields the poppies blow
Between the crosses, row on row,
That mark our place; and in the sky
The larks, still bravely singing, fly
Scarce heard amid the guns below.

We are the Dead. Short days ago
We lived, felt dawn, saw sunset glow,
Loved and were loved, and now we lie,
In Flanders fields.

Take up our quarrel with the foe:
To you from failing hands we throw
The torch; be yours to hold it high.
If ye break faith with us who die
We shall not sleep, though poppies grow
In Flanders fields 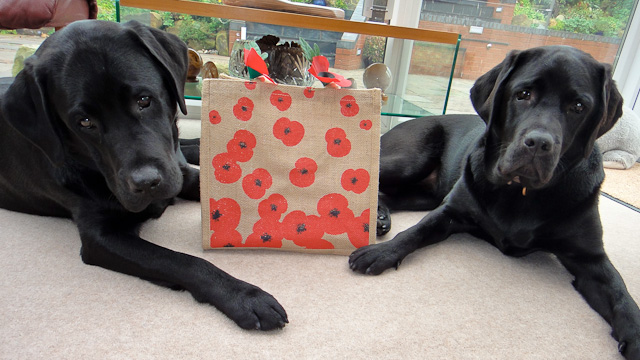 They shall grow not old, as we that are left grow old:

Age shall not weary them, nor the years condemn.
At the going down of the sun and in the morning,
We will remember them.

Auntie Val comes to Whitwell Woods with us 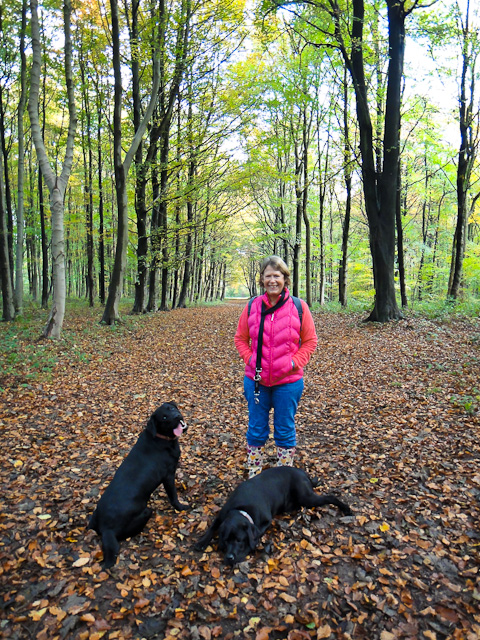